You are here Undergraduate > Computer Science, Linguistics and a Language

There are below some further detailed information expanding on questions you may have if you are considering studying this degree.

Talking to us and 'shadowing'

Zoom we will be having a Zoom session Fri Nov 20 from 4-6, to allow prospective students to have face-to-face discussion about the CSLL course with people involved with the course. If you are interested in participating, send an email to events@lists.scss.tcd.ie and you will get sent an invite to the session.

Email please do not hesitate to send email query to

Shadowing One way people have found out more about the course has been to come along and try it out for a day, sometimes referred to as shadowing . We arrange for you to attend lectures and labs in the company of current students. You can chat to current students and they will guide around the place. There should also be some time to have talk with one of the lectures closely involved with the course to answer further questions. We would hope to be able to do this again this year, though this will clearly on the prevailing circumstances.

There is no designated 'shadowing day' as such; if you are interested, just get in contact with us and we will work out a mutually suitable day.

What career opportunities are open afterwards?

In an increasingly technological and multilingual world, the computer science and language abilities of CSLL graduates make them attractive to employers, as do their proven analytical skills and not least their self-sufficiency and maturity in having spent a year abroad. 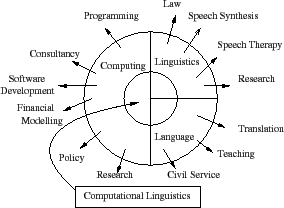 Linguistics is the name given to all aspects of the scientific study of language. Everyone is very familiar with at least one language, almost over familiar. It turns out then when one stands back and looks scientifically at not just one's own language but multiple other languages also, remarkably intricate structures and regularities emerge. For example, concerning the sounds of language, there is universal repertoire of sounds, the International Phonetic Alphabet, allowing description of all spoken languages, and general rules that can be formulated concerning how these sounds relate to how human being manipulate a flow of air and how these sounds are modified in particular contexts. Concerning the syntax of language, subtle parallels emerge between different languages, both what they permit and what they do not.

There is an excellent textbook on linguistics, many parts of which can be previewed via Google's book's service Linguistics: an introduction to linguistic theory . The introductory chapter of that book would be an excellent place to look.

The book The Language Instinct by Stephen Pinker is an accessible account of some these issues, was a bestselling paperback and is quite likely to be in your local library or bookshop.


What is Computational Linguistics 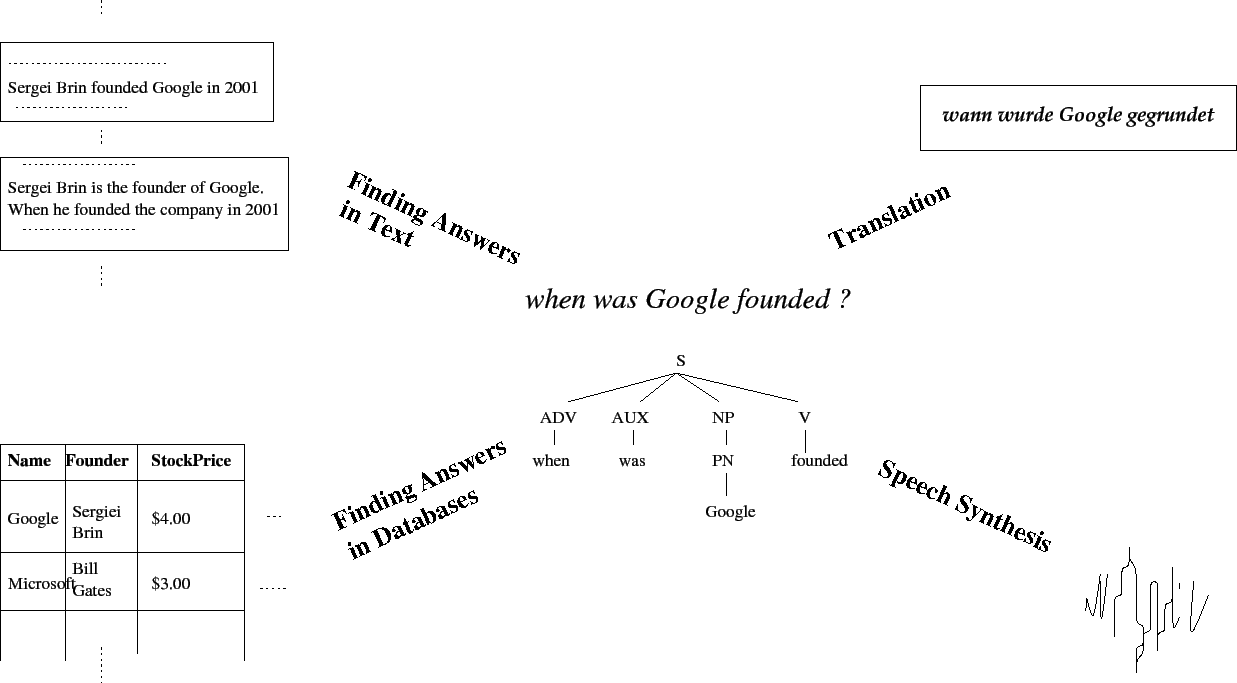 The idea is this: a sentence can be associated with an underlying, linguistic structure . Human beings use, and computers can be made to use, such structures to accomplish tasks would seem to require linguistic intelligence

Put another way, its about the scientific description of linguistic intelligence, and its computational realisation.

Thus in the centre of the picture above there is a very simple structure for the sentence when was Google founded ?

These are the language-involving computational tasks shown in the picture above, but there are many many others such as


FYI Job Offers down the years

There is listing of potentially relevant job-offers that is maintained for CSLL students. The following link is an archive of that listing.

CSLL undergraduates also attend a weekly research seminar, The Dublin Computational Linguistics Research Seminar (DCLRS), in which linguistic and computational linguistic research is presented. The DCLRS is a joint venture between TCD, UCD, DCU and DIT. Follow this link for more information, such as the topics of recent talks