Congratulations to Sinead McAleer and Paul Allan for their world class performance with BOP in the world's largest start-up and entrepreneurship competition.

BOP won the Gold medal for the International Track at the "Internet+” Innovation and Entrepreneurship Competition which was organised by the Ministry of Education, China and it took place in Xiamen University, China. 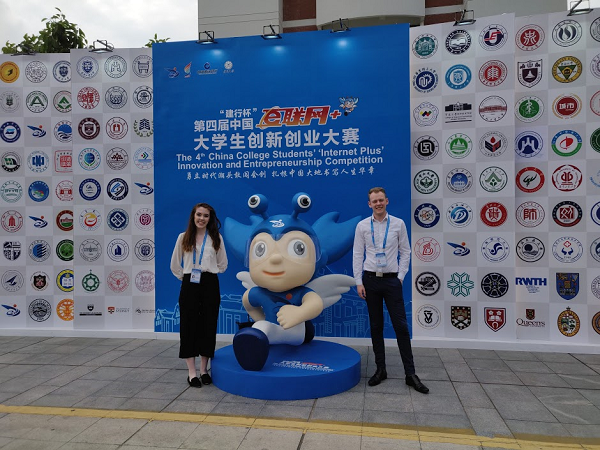 "We have returned safe and sound from China and with some great news! BOP won the Gold medal for the International Track at the Internet+ Competition. The quality of international teams was amazing, with some major universities placing on the leaderboard, such as MIT and the University of Cambridge. 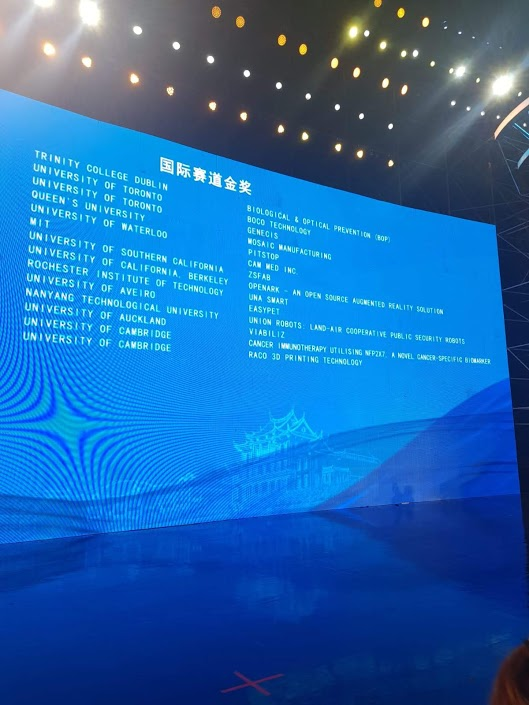 We had an amazing time, although baffling at moments. The competition was run by Xiamen University, which has about 40,000 students. The University completely closed down for the week preceding the competition, and every international team was given a student to help guide them through the week. Traveling about the city without someone who spoke Chinese was impossible (having no google maps and no google translate cause bigger problems than you can imagine). We got the chance to do some sightseeing, visiting a typical Chinese holiday island. On both the island and the city, the people were baffled to see us.

One of the more bizarre moments of the trip was when Paul got asked to be a part of the official news briefing/press release of the competition. We were brought to a room with the Chinese media and Paul was asked some questions by the Chinese Minister for Higher Education (through a translator). Definitely a once-in-a-lifetime moment!

Paul pictured above taking his place at the press conference

We are delighted by the exposure that Trinity got when we were out there. The competition had a huge emphasis on Science and Innovation, with the majority of international teams being PhD research teams. It was amazing to get to compete alongside these teams, and to place at the top of the leaderboard was an experience we will never forget! "

Well done again to Sinead and Paul from all of us here at the School of Computer Science and Statistics.