Insights from Industry: It’s all in the Cloud 2018 October 23

On Monday 8th October, the School of Computer Science and Statistics hosted a talk by Andy Bechtolsheim, co-founder and chairman of Arista, in the Schrodinger Lecture Theatre at Trinity College Dublin.

Dr Gerard Lacey, Director of the Internship programme from the Master’s in Computer Science introduced Andy describing him as “one of the leading lights of the IT industry having spent more than 40 years working in the networking area. His reputation precedes him”

Speaking about the pioneering work at Arista Networks, Andy talked about the shift in trends from storing data in premises to the cloud where the customer can have a network at lower cost and higher speed, with greater scalability and higher density and power efficiency; a network that never goes down. He also spoke about how Moore’s law of doubling the number of transactions on integrated circuits every two years will continue to hold in this next generation technology.

Andreas “Andy” Bechtolsheim received an M.S. in Computer Engineering from Carnegie Mellon University in 1976 and was a Ph.D. Student at Stanford University from 1977 until 1982. He later became co-founder (with Bill Joy, Scott McNealy and Vinod Khosla) and chief system architect of Sun Microsystems. Andy was co-awarded the prestigious "EY 2015 Entrepreneur of the Year" across National USA. Andy’s technology foresight is legendary. He was an early-stage investor in Google, VMware, Mellanox, Brocade and Magma Design, among many others. Today he is co-founder and chairman of Arista Networks, a high-speed datacenter and cloud networking company. 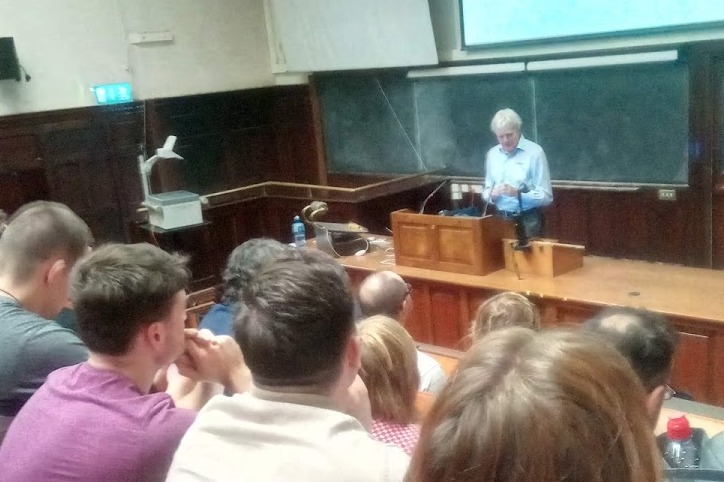 Arista Networks, founded in 2004 currently employs over 2000 employees globally.  Arista’s revenue is in excess of 2 billion USD and Arista is recognized by Gartner as a world leader in Data Centre Networking.  With offices in several countries, Arista's city-centre based Dublin R&D Innovation Hub plays a key part in the development of the software products that have earned Arista Networks this accolade. If you've bought a book online, read email, searched for travel tickets, watched a movie or listened to streamed music, then you've used our software.